The other day, drove past the Hillsong Church in Redfern. Always seem to drive past it, as it’s one of the backstreets to cut around the traffic. So on the building (which looks nothing like a church btw) there is a banner which looked something like this: 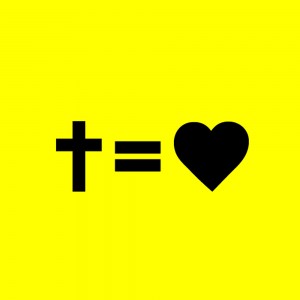 Without getting into my general views on religion, I’ll tell you this — it gave me an idea for a logo. The customer would have to be somewhat specific though, a Religious Christian Maths Tutor to be exact. Well, when this client comes my way — I’ll have a logo ready for him/her.